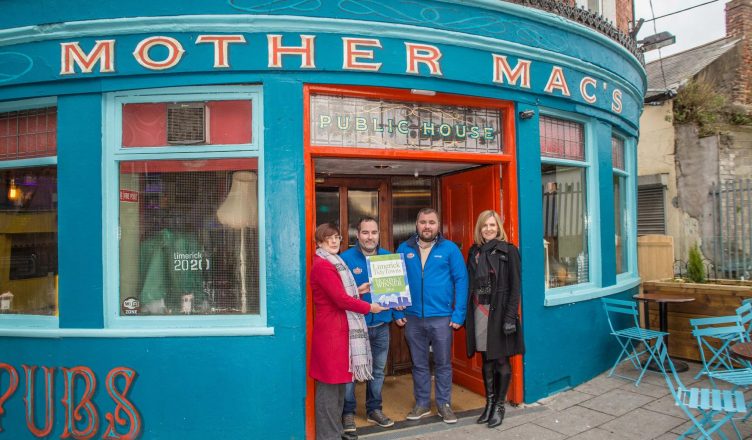 Limerick Tidy Towns have presented their monthly award for November to Mother Macs Public House on High Street, following its beautiful refurbishment after it was taken over by new management. Pictured outside the premises being presented with the award by Sharon and Maura of Limerick Tidy Towns are General Managers, Michael and James McMahon. 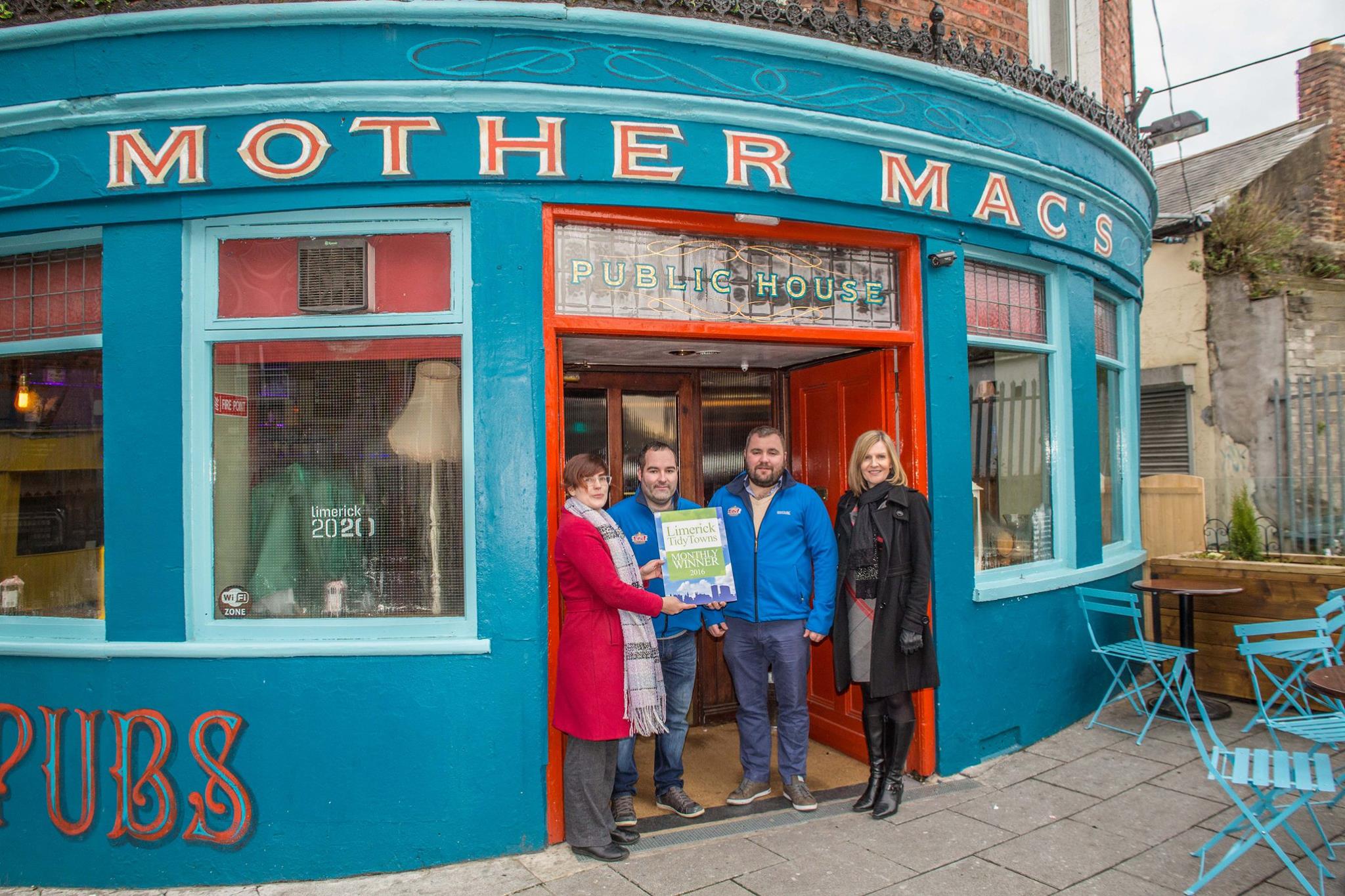 This is the second public house to win one of our monthly awards this year as the transformation of this iconic Limerick landmark building since it was been taken over by new management simply couldn’t be overlooked. The striking new paintwork on the exterior and attractive outside seating area has greatly enhanced what was always a well known and loved public house at a very prominent location in Limerick city, and made it a “go to” destination for Limerick locals and visitors alike. The new owners are to be commended for the hard work that has been undertaken, and indeed they themselves have also expressed their thanks to local tradespeople and artists who helped them to achieve the most attractive end result, and to the local residents for their support.

Mother Macs was previously known as The Round House and was taken over by Michael and James McMahon and reopened under its new name in December 2015. It is an ideally located venue for group nights out, or simply a quiet drink watching a game. They have an extensive range of craft beers and wines and the interior of the pub reflects its refurbished exterior, so offers a comfortable, clean and cosy environment, perfect to relax and watch the world pass by. For more information, you can contact Mother Macs via their Facebook page or email michael@mothermacs.ie, or simply drop in to speak to one of their friendly staff.

Mother Macs is the eleventh and final monthly award recipient for 2016, following Silverwood Jewellers in January, Rebecca Leahy Opticians in February, M&C Property in March, Ryans Jewellers in April, The Cauldron Bar in May, the Tritonville private garden in June, Salon 35 in July, Professional Nails in August, Bean a Ti in September and O’Gorman Solicitors in October. All monthly winners for 2016 will be in with the chance of winning this year’s overall prize at our next annual event to be held early in 2017, and details of how to vote for your favourite via an online poll will be announced shortly.

Limerick Tidy Towns would like to thank Cian Reinhardt of I Love Limerick for taking the photographs for this and all of our monthly awards, and indeed for the support of all the I Love Limerick team throughout 2016.