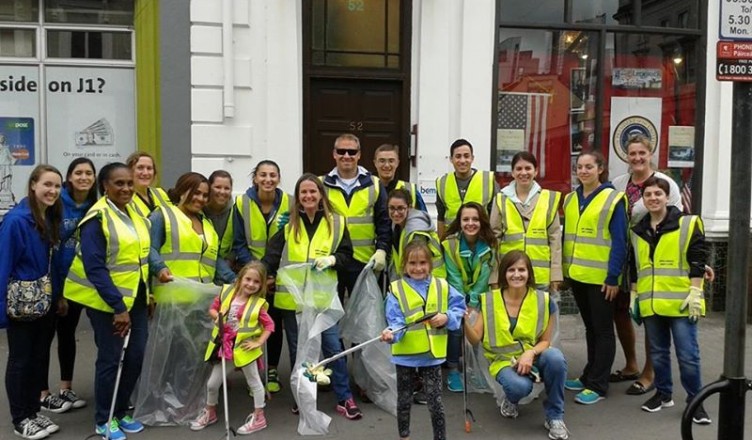 Limerick City Tidy Towns are delighted to have won a third bronze medal at this year’s Supervalu National Tidy Towns awards event which took place at The Helix in Dublin on Monday. Significantly, we also increased our overall marks by 6 points from 306 to 312 having gained in every category and we were particularly pleased with the positive feedback in the adjudicators report which you will find in the following link: https://tidytowns.s3-eu-west-1.amazonaws.com/…/2019-County-…

Our chairperson Helen O’Donnell expressed her thanks on behalf of the Committee to all our wonderful volunteers on receiving further national recognition for all that we have achieved since we first formed back in 2012. “This is only our 7th year in the competition and our third bronze medal in the Large Urban Centre Category, and we are most grateful and proud of all our hard-working dedicated volunteers, many of whom work full-time and do this in their spare time. We are looking forward to 2020 with some exciting new projects in mind and lots of enthusiasm to carry on this upward trend in the hope of moving on to a silver medal next year”.

Helen and the Committee were especially gratified by the many new volunteers who have joined their twice-weekly Sunday morning and Wednesday evening clean-ups, and for the continued invaluable support of the South Limerick City Residents Association, Westfields Wetlands and other residential groups in the city, who have played a vital role in the marks increase year on year.

The Committee would also like to thank Limerick City Trust for the great work they continuously carry out in the city, and for the ongoing support of Limerick City Council, the JP McManus Foundation and many businesses and other groups in the city, particularly the winners of their monthly and annual awards which started back in 2014, and who got a specific mention in the adjudicators report.

We are fully aware that it is the combination of all of these factors that has led to the marks for the Limerick City Tidy Towns Group’s application rising year on year. While the ultimate aim is to achieve a gold medal in our category or indeed eventually to win the competition outright, it gives us great encouragement to have achieved three bronze medals to date, and we hope that this success will attract more volunteers to our ranks so that we can build on this and go from strength to strength. While annual events such as TLC are obviously hugely important to not just us, but all Limerick based Tidy Towns groups, we would love to see that enthusiasm and spirit continue throughout the year too.

One of our main aims for 2020 is to launch an intensive anti-litter campaign with the aim that instead of continuing to spend the vast majority of our time litter-picking as we do now, our volunteers can instead focus more on environmental and sustainability projects which are vital in any future Tidy Towns applications, given the current focus on climate change. We very much hope that the people of Limerick who we know love their beautiful city as much as we do will get behind this 100%.